The Jerusalem Unity Prize in Memory of Eyal, Gil-ad and Naftali, and Unity Day, is a joint initiative between the Mayor of Jerusalem Nir Barkat, the families of Eyal Ifrach, Gil-ad Shaer and Naftali Fraenkel z”l, and Gesher. As the week of mourning for the boys was coming to an end in the summer of 2014, Mayor Barkat and the families searched for the appropriate way to nurture the flames of unity that so engulfed the Jewish people during that time, and keep them burning. The Jerusalem Unity Prize and Unity Day honor that sense of togetherness and hope that was so tangible during those 18 days from when the boys were kidnapped and until their bodies were found.

The Jerusalem Unity Prizes are substantial awards given to individuals, organizations, and initiatives in Israel and throughout the Jewish world whose actions are instrumental in advancing mutual respect for others amongst the Jewish people, both in times of crisis and in daily life. The Prizes are awarded during a special ceremony held at the President of Israel’s official residence on Unity Day, around the beginning of June each year. In the 2 years since the launch of Unity Day, 26 countries throughout the world, and over 1.5 million people have marked the day. Unity Day is a global movement joining schools, youth movements, congregations and communities for activities, conversation and inspiration.  Unity Day 2022 will be marked on May 31, 2022. 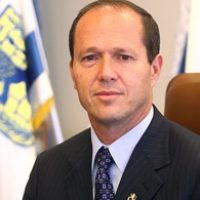 The ninth Mayor of Jerusalem, Mayor Barkat was inaugurated on December 2, 2008 and re-elected in October 2013. He is known for leading by example, delivering articulate words of motivation, and ultimately, for his vision and consistent actions in reinventing Israel's capital city as a vibrant melting pot rich in culture, educational opportunities, enduring economic development and tourism. His message of respect and pluralism has earned both popularity and respect among the citizens of Jerusalem.

“Following the tragic murder of Gil-ad, Eyal and Naftali, I recognized the need to emphasize the importance of unity within the Jewish people. The Jerusalem Unity Prize is a tribute to the tremendous wave of solidarity that unified Jews around the world while we watched and waited for the IDF to #BringBackOurBoys. It is imperative that we continue to encompass that feeling of unity and recognize those who have made significant strides toward it.” 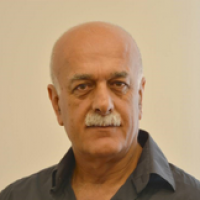 Amal Assad was born in September 7th 1955, and is a Druze- Israeli Brigadiare General. He joined the military in 1973, and was one of the first Druze soldiers to join the paratroopers unit. During his 26 years of military service, he fought and commanded in many battles and wars including the Yom Kippur war, the first Lebanon war, and various special military operations.
Assad was the first Druze to join the directorate of the Military industry, as well as served on the Directorate of the Israel Airports Authority.
In May 2012, he was appointed to join the directorate of Israel’s Aerospace Industry.
In 2012 he initiated the ‘Bishvil habanim hadruzim’ to commemorate fallen druze soldiers. The project encourages hiking paths which connect and go through druze villages. 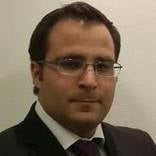 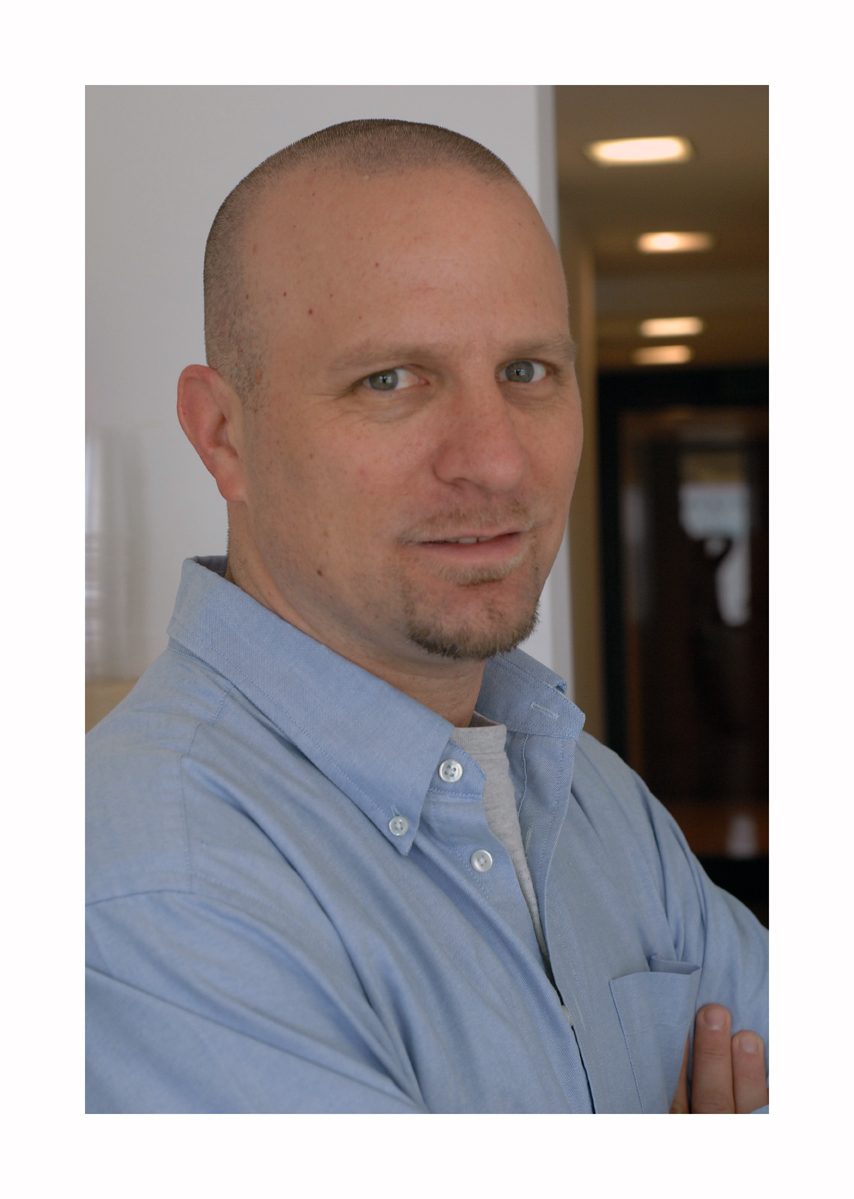 Rabbi of the "Heichal Uriel" Community 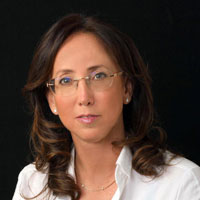 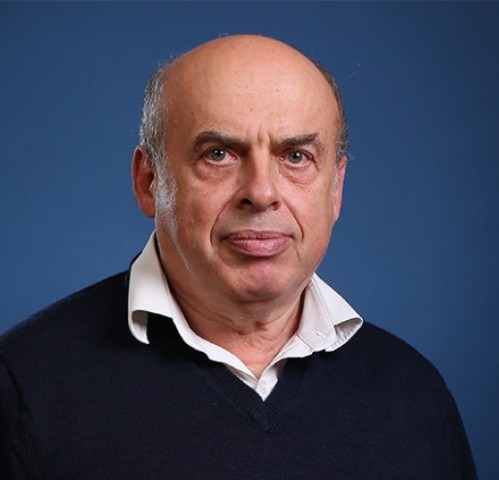 Former Chairman of the Jewish Agency for Israel

Born in Ukraine, Mr. Sharansky has dedicated his life to human rights advocacy. He was a Prisoner of Zion, a leader in the struggle for the right of Soviet Jews to immigrate to Israel, and was subsequently imprisoned in Russia for his views. Upon his release, he made Aliyah the very same day and continued to promote the integration of Russian Jewry in Israel.

Jerusalem serves as a bridge between our People’s dream and our reality, and is the very realization of our national aspirations. The city unites us in times of victory as well as tragedy, reminding that when tragedy strikes it is incumbent upon us to rise and unite in action, in giving back and with mutual respect for all.

I salute the Fraenkel, Shaer and Ifrach families on this remarkable initiative and it is an honor to have been invited to be part of the program.

Chief Rabbi of the city of Shoham, Chairman of the Tzohar organization 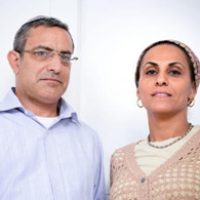 The Ifrach family, of which Eyal z "l was the oldest of four boys and three girls, live in Elad. Ori Serves as the manager of a local quarry and Iris works with the Migdal Insurance Company.

Iris and Ori on the Jerusalem Unity Prize:

"This award serves as a most appropriate way to memorialize our son. He was someone who truly loved the Jewish people and whose life was committed to promoting unity." 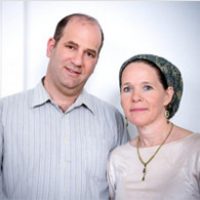 The Fraenkel family lives in Nof Ayalon and has seven children, including Naftali z "l. Avi is a lawyer in the public sector and Rachelli is a teacher and instructor in Talmud and Jewish Law at the Matan and Nishmat Women Studies programs.

Racheli and Avi on the Jerusalem Unity Prize:

"We were exposed to the incredible power of the diversity and multifaceted nature of our people both here in Israel and throughout the Diaspora. This power was harnessed in the search for our boys, in praying for them and in carrying the remarkable burden caused by this tragedy. We witnessed a true thirst for this spirit of unity to continue even after the events reached their painful end. The Jerusalem Unity Prize preserves and furthers this wonderful spirit in the face of the continued challenges confronting our people. " 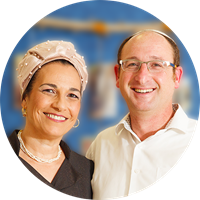 The Shaer family live in Talmon and have five daughters, sisters to Gil-ad z"l. Ofir is an attorney and accountant who provides legal consultation to clients on issues related to taxes and property rights. Bat-Galim has an extensive background in education with specialization in history and civics and also works as an interior designer.

Bat-Galim and Ofir on the Jerusalem Unity Prize:

"For us, the award serves as an expression of the remarkable power of the Jewish people: to be strongest when we are united. The objective of this award is to encourage our community to rally around this ideal of unity. It is our dream that the spirit of hope which was born out of the tragedy will serve as the basis for new relationships that will inspire enhanced dialogue to promote tolerance and understanding between all groups within the Jewish people."

We will be happy to answer any questions